For Candidates, For Employers 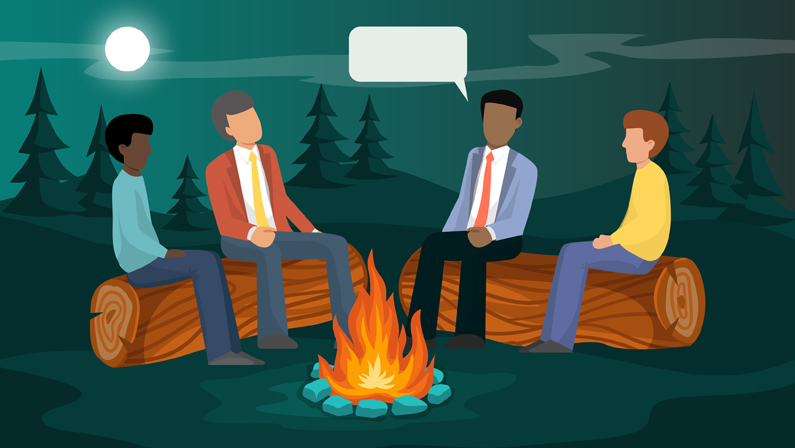 Not every interview will go the way you expect. If you have ever experienced a bad interview as an employer or as a candidate, you are not alone. In the spirit of Halloween, we asked business leaders and professionals to share their interview horror stories so that others can learn from them. Here are some of the most disappointing, embarrassing, and simply horrifying experiences.

Interviewer Asked an Inappropriate Question and Then Continued to Dispute It

“During an interview early in my career, one of the members of the hiring committee asked me if I was married, which, of course, is a big no-no. I was caught off-guard by the question and simply answered that yes, I was married.

Another member of the committee then proceeded to admonish the original interviewer about her mistake. The person who had asked the question then proceeded to defend herself by saying that it had to do with whether my wife would need to find work if I were to move for this job. There was then some more back and forth between these two members of the hiring committee. The whole episode was rather uncomfortable, and it was a big distraction from the purpose of the interview.”

Deceptive Applicant Talked Us Through the Wrong CV

“My team and I were delighted to receive a CV that simply ticked all the boxes for the role we were recruiting for. You might even say this was the perfect candidate. The interview was a dream until we asked the candidate to talk us through the CV. It was glaringly apparent that there were multiple CVs based on roles being applied for.

Unfortunately, the candidate was talking through a totally different work history. Rather than confront the candidate during the interview about the error, we decide to wind up the interview early and thank the interviewee for coming in. In my opinion, when a candidate is obviously attempting to dupe a potential employer, confronting them will neither benefit you nor them.”

“Being in HR, one would think that most interviews would be on the up and up, given we all know what questions should and shouldn’t be asked during an interview. Several years ago, I interviewed at a well-established Fortune 500 company. After introductions, the CHRO said, ‘We’re all in HR here. We know what we should and shouldn’t do. But we also know how little information you get when you stick to the rules.’ They then proceeded to ask me several very illegal interview questions ranging from asking about my status as a single parent, my heritage, and future family planning details.

At the end of the interview, I smiled and said, ‘So if I don’t get the job can I assume it’s because of all of the discriminatory information that you just asked about?’ The looks on the interview panel’s faces was priceless. Then I told them that their organization didn’t align with my values and left the interview. I never heard from them again.”

“As the country head, I lead our recruiting efforts. I once had a job interviewee show up late, smelling strongly of cigarettes and carrying an energy drink. He proceeded to tell me that he hadn’t prepared for the interview because he ‘didn’t think it would be that important.’ Needless to say, he didn’t get the job.

First impressions are everything, and if you can’t even be bothered to show up on time and be prepared it’s not a good sign. If someone shows up late and unprepared to an interview, it sends a clear message that they don’t value punctuality or preparation, which is definitely not the kind of employee I want to hire.”

Unwanted Sexual Advances from the Interviewee

“As an executive, I have experienced many incidents in my job but my worst nightmare was when a female job seeker wanted to force themselves on me so that I could give them a job. I am a very disciplined, professional and ethical person in my job, so obviously that could not work. The person locked the door to my office and actually went ahead to seductively remove her clothes. It was just pure luck that there was a private button to alarm security and they responded promptly. They caught her in the act and that saved me from accusations that would have resulted later as the girl implicated me. Today, I have a phobia to conduct meetings with members of the opposite sex alone in my office and I only do so when it is absolutely necessary.”

Got Food Poisoning During My Interview

“I secured an interview for my dream job and met up with a friend the night before for interview prep. We went through possible questions over dinner, and I went home feeling confident. I arrived 15 minutes early and took a seat in the waiting area.

When the interview started, I quickly realized something was very wrong. At around 10 minutes into the interview, I was sweating profusely and vomited in the trash can in front of the interviewer. I quickly left and headed straight to the bathrooms. Needless to say, I did not make it into the second round.”

Disappointed the Interviewer and it Humiliated Me

“I was fresh out of college and was interviewing for a job as a mechanical engineer. The interview seemed to be going well, and I thought I had a good chance of getting the job. However, at the end of the interview, the interviewer asked me a question that completely stumped me. He asked me to explain the difference between a car engine and a truck engine. I didn’t know the answer, and I could tell that the interviewer was disappointed in me.

I didn’t get the job, and it was a humiliating experience. Since then, I’ve made sure to brush up on my engineering knowledge before interviews! Years later, I ended up working with airplane engines.”

Whether you are an employer or job seeker, unpleasant events can happen in an interview. And while some mishaps are preventable through preparation, other instances are unpredictable and beyond your control. What counts is learning from the experience and applying that knowledge to future opportunities.

Bristol Associates, Inc. is an executive search firm with over 55 years of excellence in recruiting nationwide. Bristol specializes in recruiting for the Casino Gaming; CBD; Facility and Concession; Food and Beverage Manufacturing; Healthcare; Hotel and Resort; Nonprofit; Restaurant and Foodservice; and Travel, Tourism, and Attraction industries.