New Placement: Bristol “Hops” to It! 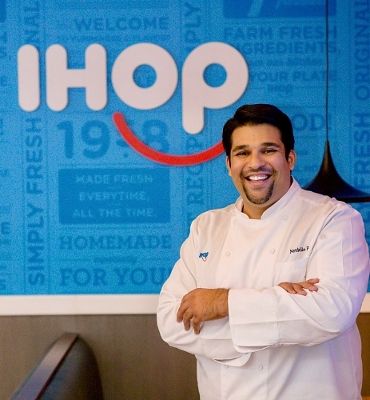 Bristol has worked extensively with DineEquity, having placed ten candidates within 2016 alone when Applebee’s moved their offices from Kansas to Glendale, CA. So when DineEquity started looking for a new Vice President of Culinary and Menu Strategy, they contacted Bristol’s Steven Kessler. DineEquity defined the role as fit for an effective leader and innovator who could help grow and differentiate the IHOP brand and experience.

Nevielle Panthaky was just what IHOP ordered. When Steve reached out to Nevielle, he was working as the Vice President of Culinary for P.F. Chang’s & Pei Wei Diner out of Scottsdale, AZ. He had been responsible for saving the company millions of dollars during his tenure there. Nevielle’s experience as a culinary leader and his knowledge of the industry made him an outstanding candidate for the role.

IHOP is coming off a record-breaking year and wanted to maintain their momentum by making a qualified hire in a relatively short amount of time. Bristol filled the bill.