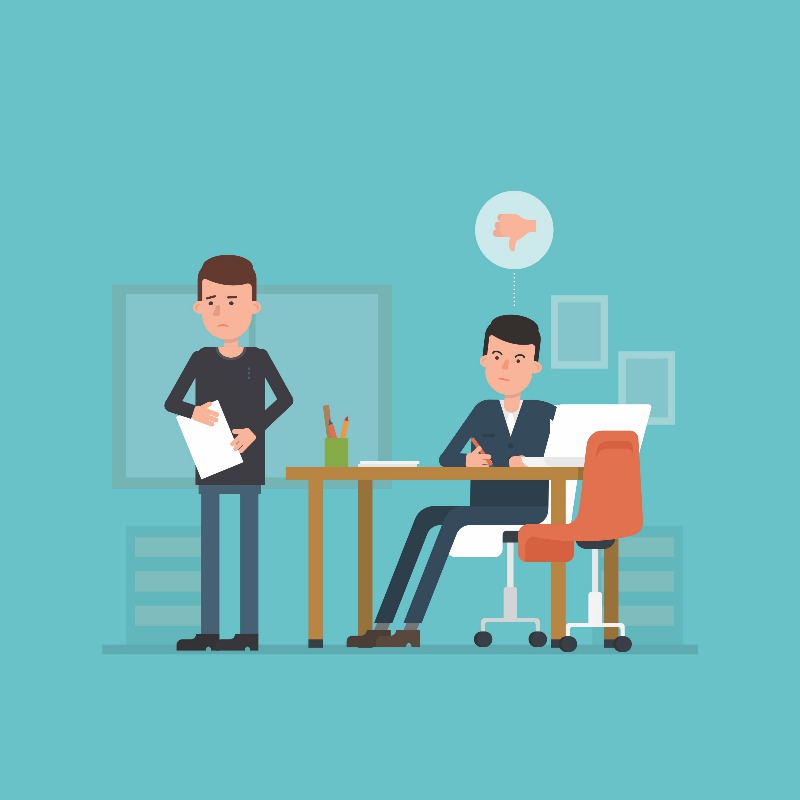 A job interview is a two-way street – it’s a conversation that helps assess if the candidate is the right fit for the employer and vice versa. However, if the candidate has a poor interview, it can ruin their chance of receiving the job offer. By recognizing and avoiding potential interview mistakes, candidates can prevent themselves from giving a negative impression on the employer.

Our executive recruiters share interview mistakes that candidates have made and ways to prevent them from happening in the first place.

Insufficient preparation can make the candidate look unprofessional and will be evident to their potential employer through their lack of serious, pertinent questions and answers regarding the job and the organization.

The candidate should research the company and the position thoroughly before an interview. That way, they can come to the interview armed with information that will enable them to sound well-informed.

A candidate being overly verbose is frustrating for the interviewer and can lead them to form a negative impression of a candidate. Answers to questions by a potential employer should be concise and to the point.

The candidate should also avoid any discussion of politics (local or global) in an interview. It is inappropriate, and often counterproductive – even if the other party happens to share their beliefs.

Although the candidate may have experience that exceed the position’s roles and responsibilities, it’s important to not overstep boundaries by explaining why they deserve more than what the employer is currently offering. It’s suitable to mention if the conversation comes up organically during the interview, but otherwise, tread lightly on the topic.

Failure to ask questions makes a candidate seem uninterested and disengaged to learn more about the position. The candidate should come prepared with questions for the employer that would help assess if the company is the right fit.

Active and passive candidates should be aware that any HR department worth their salt will now search for a candidate on Facebook, Twitter, LinkedIn, and other social media accounts. The candidate should be particularly aware of images of personal behavior, postings that are politically charged, and postings that involve profanity.